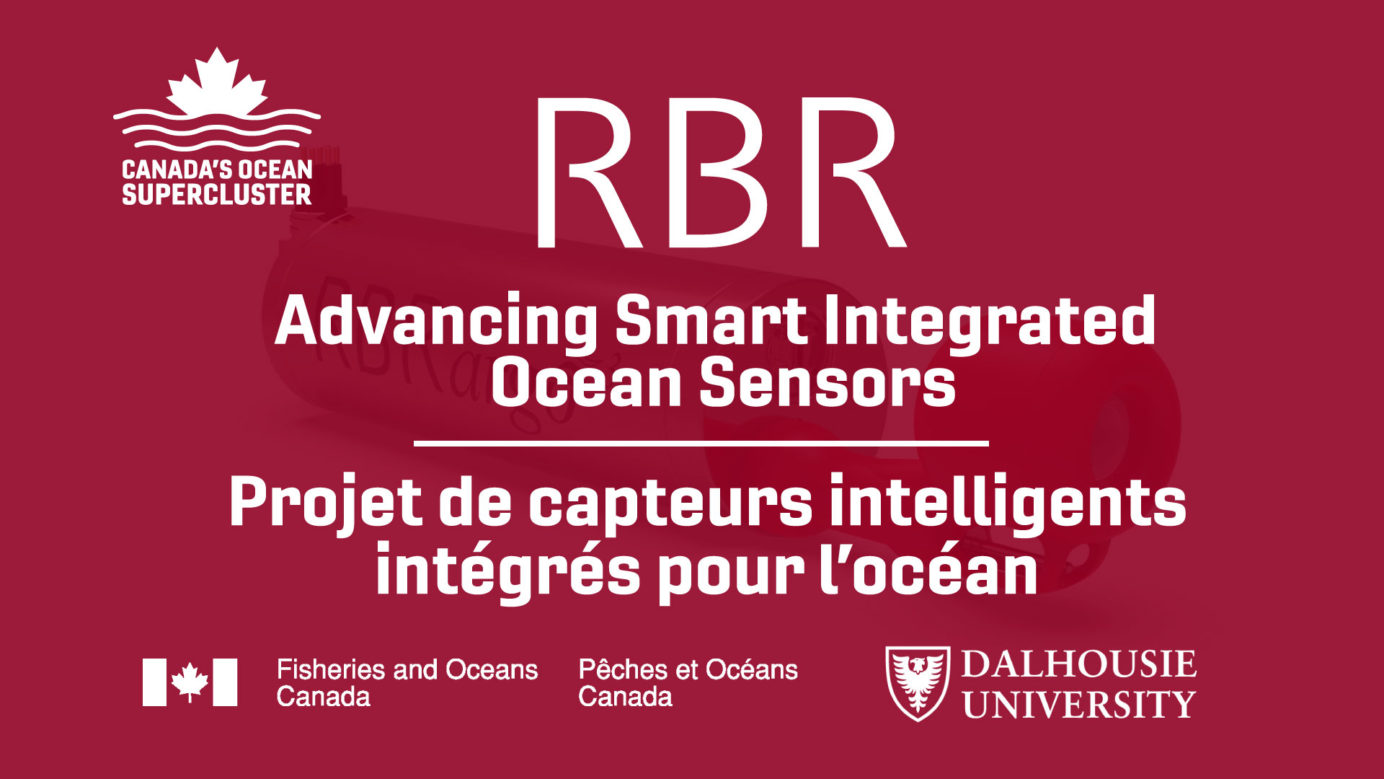 The Advancing Smart Integrated Ocean Sensors for Autonomous Platforms Project focuses on developing new sensor technologies aimed initially at the Biogeochemical (BGC) Argo program with the objectives of improving sensor stability and reducing power requirements and cost per profile. In this AOSP project, RBR will undertake the technology development and productization of the new BGC sensors while collaborators at DFO and DAL will provide scientific and technical resources for the testing, operation, and subsequent data analysis of BGC sensors in the lab and through ocean deployments.

“The OSC funding enables a leap forwards in our capabilities and reduces the timeline to bring these exciting new sensors to market” stated Greg Johnson, President of RBR Ltd.

“The addition of biogeochemical sensors to Argo floats is an unprecedented opportunity to address pressing questions about changing ocean ecosystems and global climate that are otherwise intractable. This will be a game changer for ocean biogeochemical observation and prediction” stated Katja Fennel, Professor, Department of Oceanography, Dalhousie University.

“Fisheries and Ocean Canada is a strong supporter of the Argo Program, and has committed to advancing the effort to integrate biogeochemical sensors into the global fleet.  The development of new BGC sensors by RBR will provide benefits to all countries that contribute to Argo,” stated Blair Greenan, Research Scientist, Fisheries and Oceans Canada.

The outcome of the RBR led Supercluster project will significantly improve the scope of autonomous ocean platforms and their effectiveness in collecting valuable ocean data used by ocean researchers as well as policymakers worldwide. See the full Project award announcement from Canada’s Ocean Supercluster here: https://bit.ly/2LYyZz0

About the Argo program

The Argo program is an international effort to broadly measure and characterize key physical properties of the oceans for research into climate change, ocean health, weather forecasting, and policy-making. Argo program data is collected from sensors aboard autonomous profiling floats that drift through the ocean in the upper 2,000 m region. There are nearly 4000 Argo floats in the ocean at any given time and over a million profiles of data have been collected by the Argo program to date.