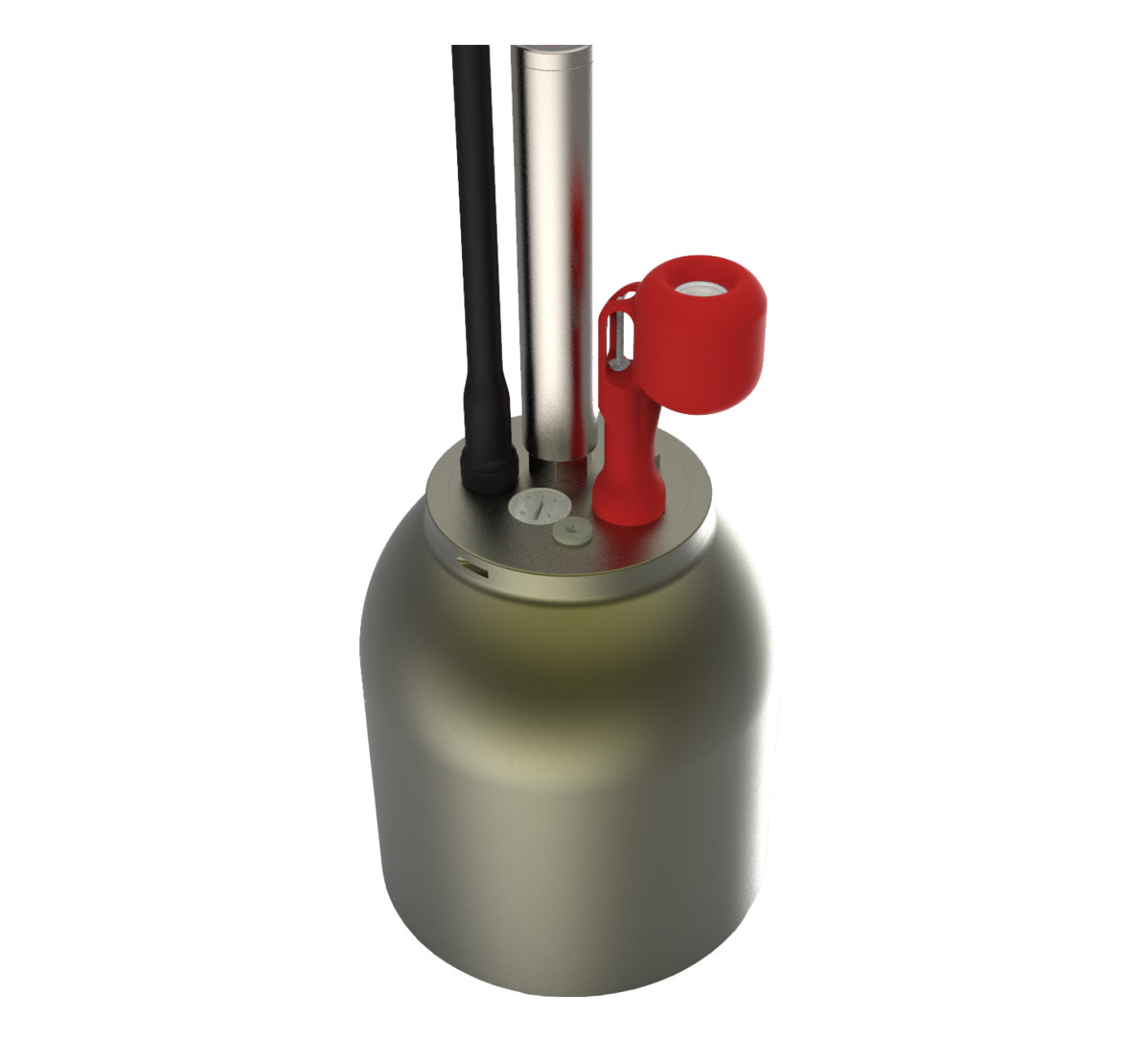 The ocean’s contribution to climate change may not be as visible as that of the atmosphere, but in lock-step with the atmosphere, the ocean is changing. The physical dynamics of its currents and temperature are changing, as well as its chemical and biological aspects; its biogeochemistry. Knowing the ocean’s biogeochemistry, including ecosystem health and the ocean’s ability to absorb carbon, is critically important for mitigating and adapting to climate change. Yet currently, biogeochemical variables are undersampled in the global ocean.

In February 2021, Canada’s Ocean Supercluster (OSC) awarded $2M under its Accelerated Ocean Solutions Program to support the development of a Canadian-made and Canadian-supported package of biogeochemical (BGC) ocean sensors aimed initially at integration into BGC Argo floats. RBR, in cooperation with Dalhousie University (Dal), Canada, and Fisheries and Oceans Canada (DFO), will develop and test the new sensor technologies.

Katja Fennel, a Killam Professor in the Oceanography Department at Dalhousie University and a research partner in the project, describes the state of global biogeochemical observations: “It’s like we’re looking at the tip of an iceberg and we know there’s way more below the surface.” She says that what ocean scientists need are sustained high-resolution global observations of ocean biogeochemical variables.

Fennel has traditionally been an ocean biogeochemical modeler, but for the last several years shifted gears to also do observational oceanography. Her goal in embarking on the OSC-funded project is to develop a solution to ensure ocean modelers will get the data they need to drive their models.

The OSC-funded project aims to develop new high-accuracy sensors that will decrease power and cost, and increase the number of measurements BGC floats can make. This initiative, combined with BGC Argo, will help to provide Fennel and her colleagues with that missing “below-the-surface” view.

RBR sees the OSC-funded project as an opportunity to enhance its contribution to the international Argo program – RBR provides CTDs that are deployed on Core Argo floats as part of a global pilot project – and to support the global ocean research community. Greg Johnson, (PhD), President of RBR says, “The OSC project is providing the impetus to create a competitive environment for the development of sensors integrated into autonomous floats. It will drive innovation and lower costs to a critical program.”

In particular, the BGC Argo and broader oceanographic community will benefit from these project outcomes:

The Core Argo program deploys floats that autonomously profile salinity, temperature and depth (CTD) from 2,000 meters to the surface every 10 days. They then relay that data to satellites before descending to 1,000 meters and drifting until nine days have passed, when they descend to 2,000 meters and begin their subsequent profile. Blair Greenan, Research Scientist at Fisheries and Oceans Canada at the Bedford Institute of Oceanography and Director of DFO’s Argo program, says, “The unique thing about Argo is that these floats don’t care what time of the year it is, or what the weather is like. They’re out there doing their work every 10 days for their approximately five-year lifetime. Argo is giving us a better picture of the global ocean.”

BGC floats follow the same procedure as the Core Argo floats, including taking CTD profiles, and are also equipped to measure up to six biogeochemical variables that have been identified by the Global Ocean Observing System as “essential ocean variables”: oxygen, nitrate, chlorophyll, fluorescence, suspended particles, light and pH.

DFO manages Canada’s Argo data and Greenan says it will support data management and data quality analyses for the project. Greenan says, “Once you bring in all of these additional biochemical sensors, then we have to be able to do the quality control for these new data streams.” Through its various ocean-going research programs, DFO will also provide opportunities to deploy BGC floats into diverse areas of interest.

The Argo program is expanding, with initiatives to increase future floats’ capabilities by including BGC sensors and Deep (to 6,000 m) floats. The Argo2025 initiative aims to have 4600 floats deployed by 2025: 2400 Core Argo, 1200 Deep Argo, and 1000 BGC Argo. Argo floats last about four to five years at sea, and so the program will require a little over 1,000 new floats to be deployed each year.

Fennel says Core Argo is responsible for much of what we know about large scale ocean change. In particular, “Argo has provided really great data to track the heat content of the ocean and how it’s increasing and exactly at which depth levels.” The ocean has absorbed over 90% of the heat generated by climate change: the heat capacity of water is over five times that of air. Fennel says to a first order of magnitude, “global warming is ocean warming.”

From existing BGC floats (of which there are several hundred, most carrying fewer than the six BGC sensors), Fennel says, “We have relatively sparse and limited observations and based on those, we see these dramatic changes already.” The Southern Ocean, for example, has long been thought of as a large carbon sink, but in 2018 researchers examining the air-sea flux of CO2 using the available BGC Argo data found a region of upwelling with a strong outgassing signal. The result is that the Southern Ocean is a carbon sink, but smaller than previously thought by an order of magnitude.

Fennel is not discouraged by negative prognoses about ocean health and change. She says, “Let’s use that to motivate us to better observe and then better understand what’s going on, and then to do something about it.” It’s through the development and deployment of BGC Argo floats that researchers will capture a clearer picture of ocean biogeochemical change. Greenan says: “Having sensors that perform better, are lower power and lower in costs will benefit the program as a whole.”