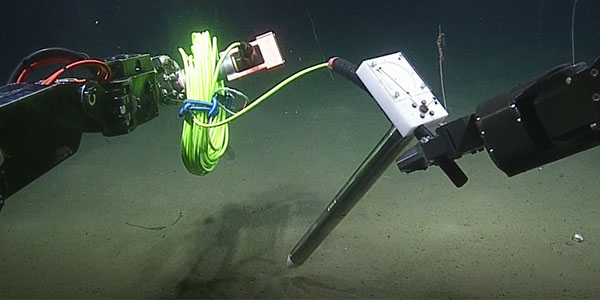 There are currently no known means to predict earthquakes reliably; however, seismic instruments can rapidly detect an earthquake as it begins to unfold and communicate a warning before shaking arrives. 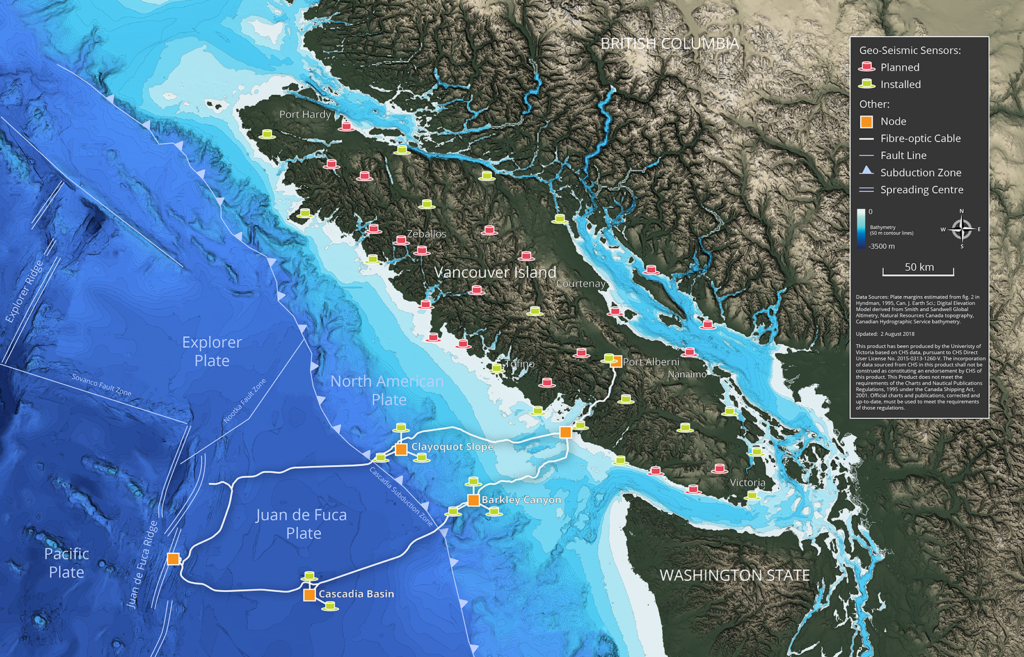 Two types of Canadian build sensors were used—a Nanometrics Titan strong motion accelerometer and an RBRquartz³ APT. Having two different types of sensors adds redundancy and allows better signal comparison and noise estimation. The RBR tiltmeters has the additional benefit of measuring the seafloor deformation right after the earthquake and can help estimate the size of the event.

A large suite of land-based stations is also being installed, to better calculate the size and location of the full anticipated earthquake rupture and add to the density of sensors and triggers that will be used to declare an earthquake. Having a dense network is important to avoid false alarms from a single station malfunction.

By March 2019, all land sensor will be installed, and the complex software systems will be in a position to deliver event notifications to stakeholders such as Emergency Management BC, who provided the funding for the project. Thanks to the new on- and offshore system, there will be 30-90 seconds of warning time, enough for doctors to suspend surgery, stop bridge and tunnel traffic, halt elevators at exits, stop trains, or open electric emergency fire doors before strong ground shaking seriously affects lives.