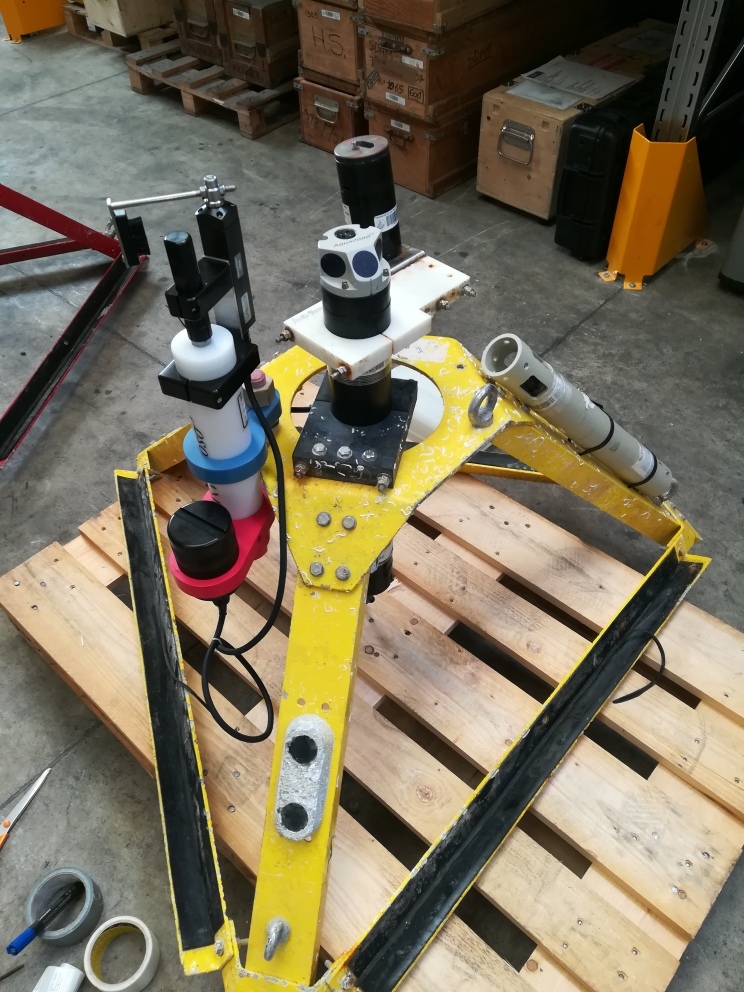 Off-shore of Brittany, in the western-most part of contiguous France, seven autonomous sea-bed platforms have been deployed to monitor turbidity. The measurements are being collected as part of France’s Réseau d’Observation Haute-Fréquence pour l’Environnement Côtier (ROEC), a local network (Brittany) for high-frequency coastal ocean observing, of which ROEC-Benth is the branch responsible for observing turbidity at the seabed.

Vincent Perier, the technical coordinator for ocean network ROEC–Benth, explains that for benthic filter-feeding animals, the type and concentration of suspended particles are critical. He says that turbidity can also decrease light transmission through the water column, which impacts photosynthesizing organisms.

Turbidity is generated by suspended particulate matter, which may be mineral or biological. Perier explains that the objective of ROEC-Benth, which began in 2017, is to support our understanding of the mechanisms that generate turbidity at the seafloor. Causes of turbidity may include natural, formed by swell and fluvial inputs. They may also be anthropogenic, for example, by trawling, off-shore development, port construction, or any kind of marine construction. These all create turbidity.

Eventually, the data collected by ROEC-Benth will allow the network to answer questions such as:

In-situ turbidity and current measurements are required to answer the above questions. Satellite data is effective for observing turbidity at the surface of the ocean but can’t tell us what’s happening any deeper. To understand ocean dynamics relating to turbidity, we need measurements at the seafloor.

Each of the seven locations off-shore of Brittany was chosen as an area of environmental interest. Perier says that the cages may be deployed in areas such as those used for fishing or ports. Each bottom-mounted cage carries a turbidity sensor, along with a current meter to observe the currents associated with turbidity.

The servicing interval on the cages is determined by memory and battery life. Currently, the cages are retrieved every 3 months. The team immediately puts down a replacement, ensuring a continuous time series. The data is open-access on the website of ROEC’s parent organization, Shom, which is France’s national hydrographic and oceanographic service with the broader mission to describe the marine environment.

What motivated Perier’s team to begin deploying RBR instruments in 2020 was the increased autonomy they offer: a longer battery life and increased data storage means the moorings can collect data for longer periods between being serviced. The team finds the loggers’ use of standard AA batteries an important differentiator.

Currently, ROEC-Benth is focused on the coast of Brittany. Perier says the long-term goal of the program is to add deployments in other littoral regions of France.