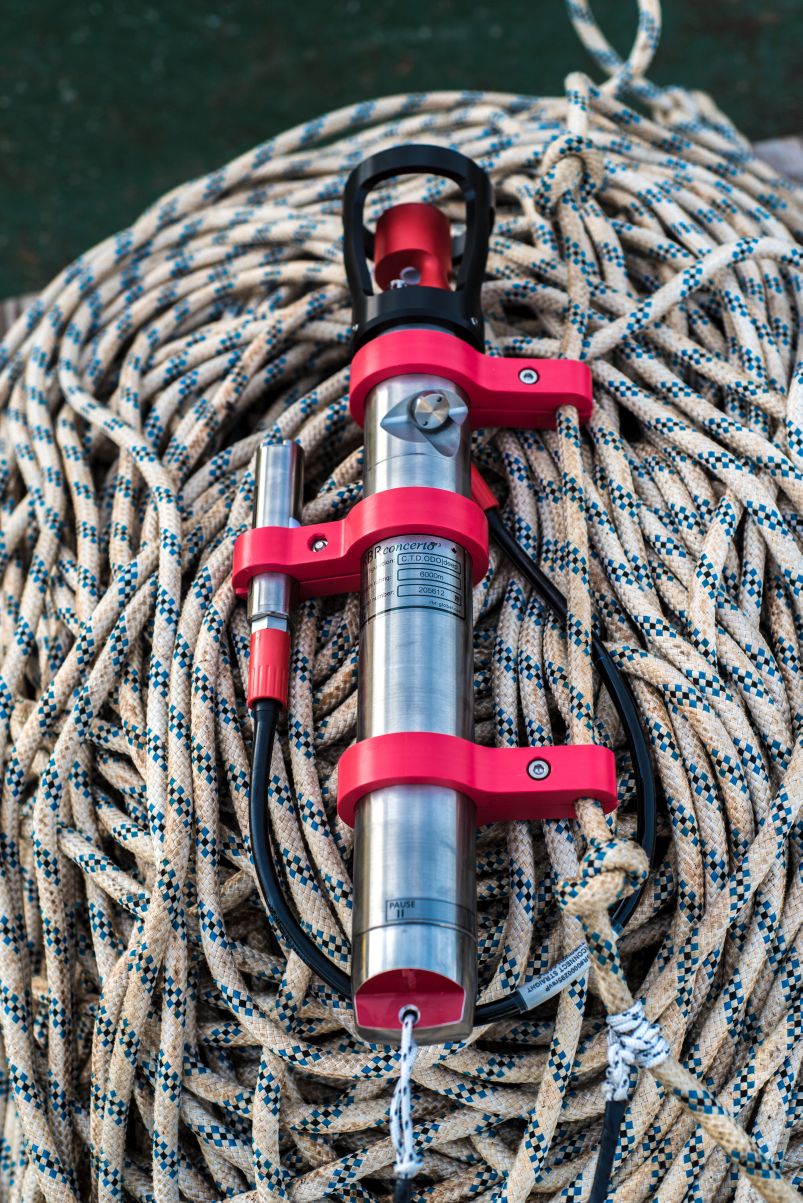 In February 2021, two deep-sea moorings were deployed in the west Cretan Sea strait (south Aegean Sea) between Crete and Antikythira. The moorings were equipped with two RBRconcerto3 deep-sea loggers, including pressure, temperature, conductivity, and RBRcoda T.ODO dissolved oxygen sensors. The RBR loggers were deployed both at the strait bottom (~900 m) and at intermediate depth (300 m), paired with current meters and sediment traps. The expedition was carried out by R/V AEGAEO of the Hellenic Centre for Marine Research – Greece (HCMR), with the collaboration of the National Observatory of Athens – Greece (NOA) in a joint action aiming at creating long time series of data related to the phenomenon of climate change and its impact on the marine ecosystem.

An integrated, multidisciplinary approach between the complicated physical, biochemical and ecological processes in the ecosystem are indispensable for assessing oceanic processes. The continuous monitoring of the marine environment by permanent marine observatories at key-points of the ocean constitutes crucial tools that will enable a better understanding of this highly complex ecosystem’s functioning by providing scientific knowledge essential for both sustainable development and mitigation of environmental pressures. Understanding and assessing climate change is not possible without the creation of long time series. Such time series are rather rare in the eastern Mediterranean Sea, one of the most climate-sensitive regions in the world. In every enclosed sea basin surrounded by densely populated coastal areas with strong economic activity such as the Mediterranean Sea, knowledge about the marine ecosystem functioning and the climatic change effects is directly linked to societal needs and the economy. This increasing demand for long-term oceanic observations has been widely acknowledged by the international community in both political, societal and scientific level.

The project is supported by the Action entitled “National Νetwork on Climate Change and its Impacts – CLIMPACT”, funded by the Public Investment Program of Greece, General Secretary of Research and Innovation – Ministry of Development and Investments.