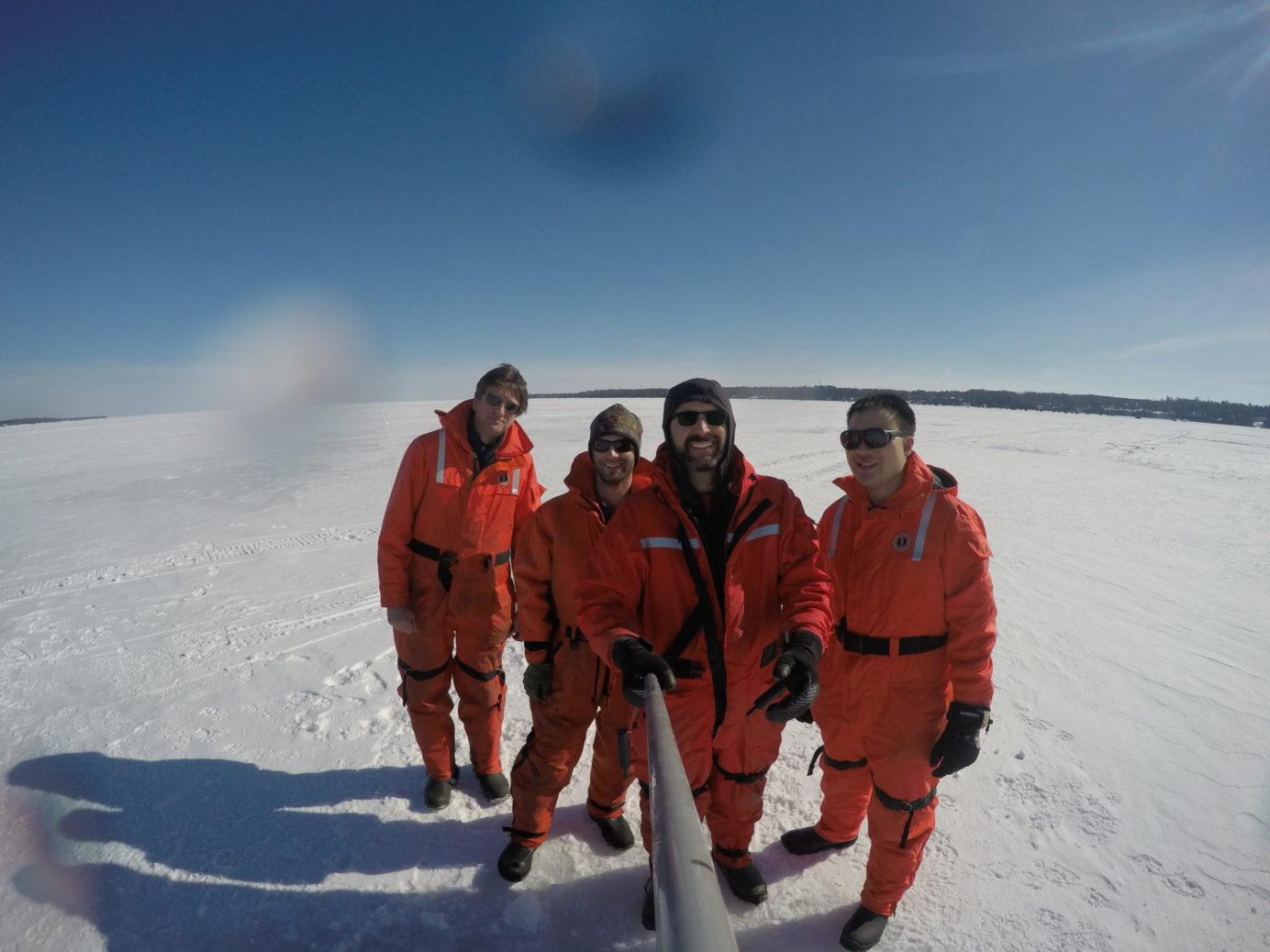 Researchers from the University of Toronto (U of T) deployed an array of RBR compact temperature loggers to collect high accuracy and frequency temperature measurements under seasonal lake ice, capturing the small changes in density that lead to wintertime mixing. This temperature record increases our understanding of how snow and ice cover affect the circulation of oxygen.

The moored array, deployed from December 2014 to April 2015, included 14 RBR compact temperature loggers separated by 2.5 m, from 5 m depth (to avoid boats and ice rafting) down to 35 m. The loggers sampled temperature every 20 s at an accuracy of 0.002 °C.

Under ice, small changes in density drive water circulation. Bernard Yang, PhD student at U of T and co-author on the paper said: “What we saw in this study was that the temperature variation inside the mixing layer is typically about 0.005°C per 2.5 m (our logger spacing). Thus, we need loggers with high accuracy (in this case 0.002°C) to resolve these temperature (hence density) differences in the convecting layer near the end of the winter.” The RBR compact loggers enabled Yang and his colleagues to resolve the physics that influence the lake’s chemistry and thus its fish stocks.