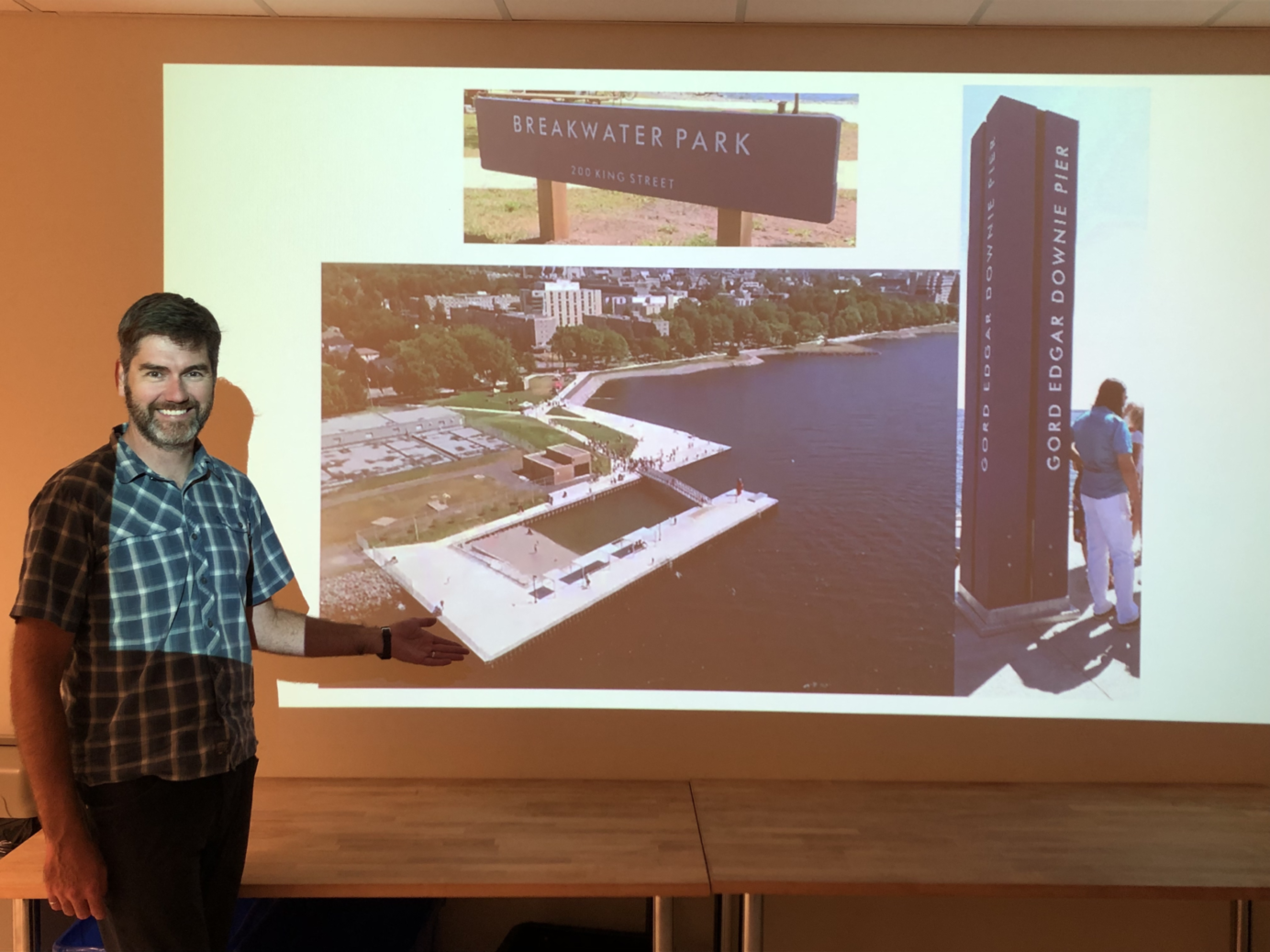 The St. Lawrence Seaway has for sixty years provided a critical shipping route that connects the Atlantic Ocean to the Great Lakes. By a series of canals and locks built between 1955 and 1959, the Seaway covers 3,700km, from the Atlantic Ocean to the western limit of Lake Superior. It supports ships up to 225m long and with up to 8m of draft in navigating the St. Lawrence River and between the Great Lakes. In their journey inland through 15 locks, the seaway helps ships climb 168m.

In fall of 2014, Mulligan and Gemma Bullard, an undergraduate student at the time who has now completed her PhD, deployed two RBR compact pressure loggers (TWR-2050) 435 m apart and both at 1.3 m depth along the south shore of Hamilton Island. For seven days the RBR pressure loggers, each zip-tied to a 10-kg barbell, sampled pressure at 4Hz. Bullard then correlated wave events with ship data, connecting ship size, speed, and time of passage. Her results showed wind waves on the order of 10s of centimeters. Large ships produced meter-high waves.

The RBR pressure data was compared to a Ship Generated Hydrodynamics model, developed by Neil MacDonald and Mike Davies at Coldwater Consulting Ltd., in Ottawa, Canada. The data from the pressure sensors aligned well with the hydrodynamic model, which determines the changes in water level, current velocity, and wake transformations as a deep draft vessel moves through a body of water. Using the model, Bullard and Mulligan found that the largest waves occur in the region where the two sensors were deployed. Mulligan says, “What made this [research] really strong was comparing the data to the modeling of the Ottawa-based company.”

RBR’s pressure, tide and wave loggers and full suite of standard loggers can help you meet your research and teaching needs. Contact us for help or more info.